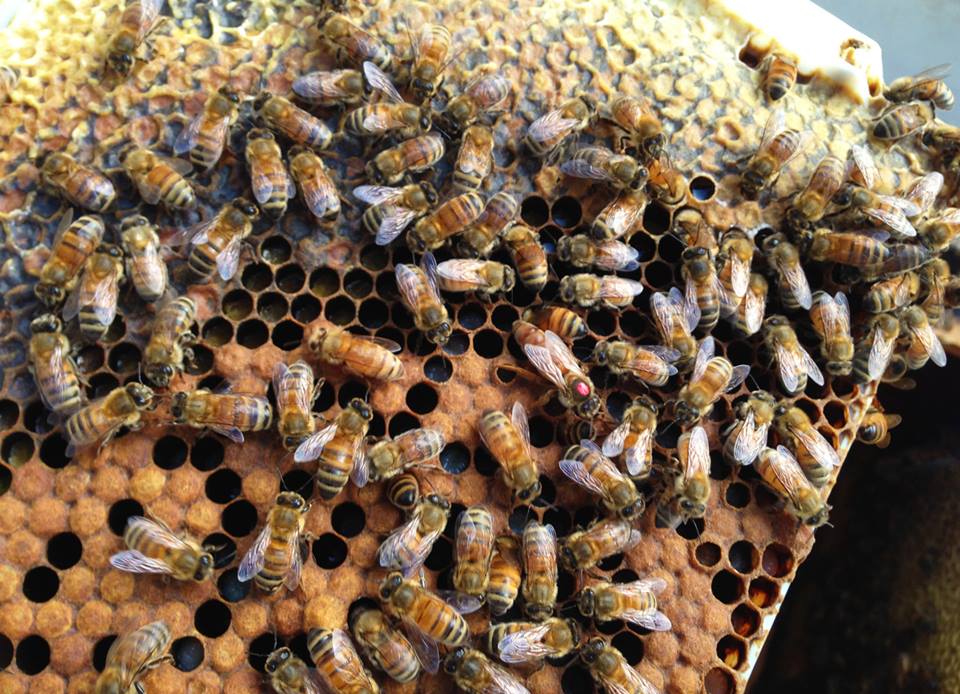 By HoneyLover Susan RudnickiI have had a lot of cognitive dissonance lately from the talk among beeks about breeding, treating, buying queens, etc. Maybe you’ve run into some of the same. If so, here’s a small bit of information that cements my certainty that when we select for certain traits we inadvertently de-select for things that serve the organism and discard important traits we definitely don’t want to lose.    Our feral bees have strong characteristics of hygiene, pest and disease resistance. They tend to propagate a small worker bee (4.7 to 4.9 mm brood cell diameter) which allows the young bee to beat the emergence of parasitic varroa by emerging before the mite completes its development by at least one day. This natural characteristic of Africanized honey bees is being sought by bee breeders of European honey bees through genetic selection in laboratories with artificial insemination of queens and with strict control of drone mating areas. I have found that the behavior of our bees in pre-selecting young brood—before they emerge—by uncapping at the purple-eye development stage—is clearly apparent in my hive inspections. 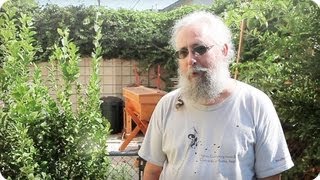 I was asking Michael Bush (author of the “Practical Beekeeper—Beekeeping Naturally”) some questions recently about these processes and the attempts to circumvent natural selection by purchasing queens from breeders for the trait of varroa resistance or VSH (varroa sensitive hygiene). He sent a very interesting answer, including a quote from eminent beek, Kirk Webster.

One thing to know—Michael kept a large, 4 frame, glassed observation hive for several years in his living room with a tube to allow the bees to come and go. This device was very instructive for understanding what bees actually do, minute to minute over a long period of time.

To Michael from Susan:I have a question about the uncapping of brood at the purple eye stage. [During pupae development,coloration begins with the eyes: first pink, then purple, then black.]   I have always taught (and believed) that this signals a problem with the larvae and the bees plan to drag that pupa out and discard it.     Is that correct? Michael’s answer:It is a sign of hygienic behavior if they uncap the brood.  Dee [Lusby] says they remove the mite and leave the larva.  I was not trying to answer that question when I was observing uncapping in my observation hive, so I never noticed.  Sometimes they removed them.  But recapping them would not be inconsistent with my observation though I never tried to track that.I think VSH is going to turn out to be a very bad idea to breed for. There are already reports (lots of them) from people who say their VSH bees cleaned up the entire brood nest and threw the brood out of the hive.  I think they are breeding OCD bees.I think any breeding for one trait has always failed spectacularly in any species we humans have attempted it.  We should look at the big picture. 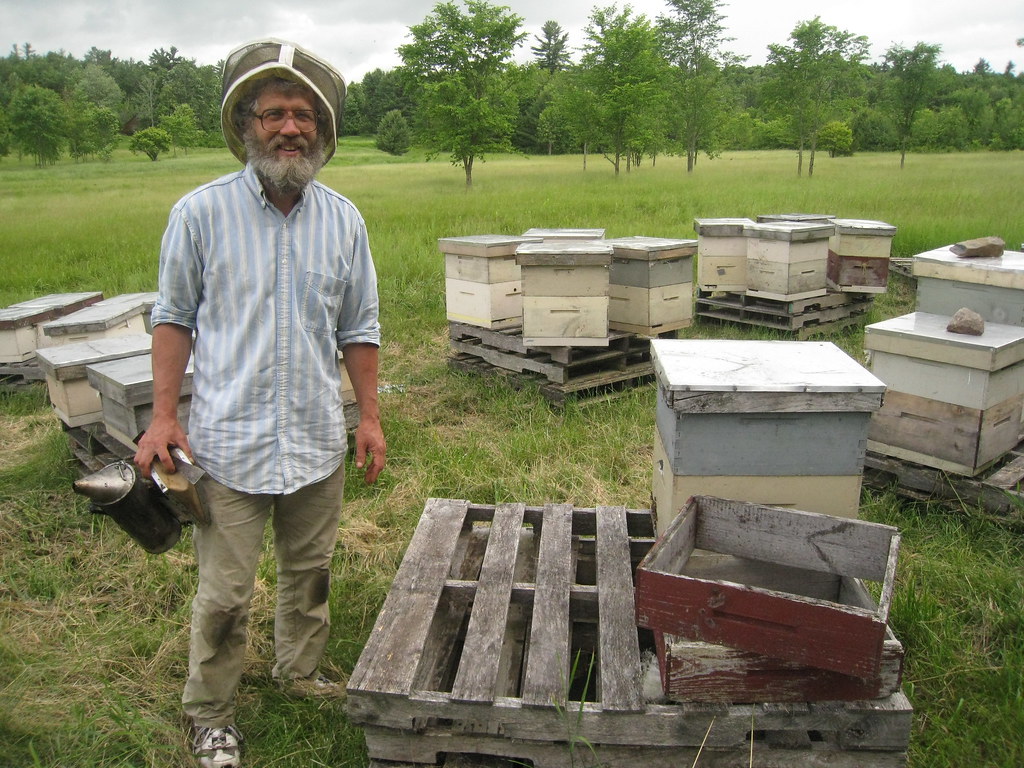 “We’re making the same mistake with our honey-bees.  We’re trying to ensure the failure of modern bee-keeping by focusing too much on single traits; by ignoring the elements of Wildness; and by constantly treating the bees.  The biggest mistake of all is to continue viewing mites and other “pests” as enemies that must be destroyed, instead of allies and teachers that are trying to show us a path to a better future.  The more virulent a parasite is, the more powerful a tool it can be for improving stocks and practice in the future.  All the boring and soul-destroying work of counting mites on sticky boards, killing brood with liquid nitrogen, watching bees groom each other, and measuring brood hormone levels—all done in thousands of replications—will someday be seen as a colossal waste of time when we finally learn to let the Varroa mites do these things for us.  My own methods of propagating, selecting and breeding bees, worked out through many years of trial and error, are really just an attempt to establish and utilize Horizontal breeding with honeybees—to create a productive system that preservesand enhances the elements of Wildness.  My results are not perfect, but they have enabled me to continue making a living from bees without much stress, and have a positive outlook for the future.  I have no doubt that many other beekeepers could easily achieve these same results, and then surpass them.”–Kirk Webster, many decades beekeeper in Vermont, treatment free, survivor stock “What’s Missing From The Current Discussion And Work Related To Bees That’s Preventing Us From MakingGood Progress?”

← “What’s the Buzz?: Keeping Bees In Flight”
THE WONDERS – Film about a beekeeping family →

One Response to Breeding, buying and Varroa: a few thoughts