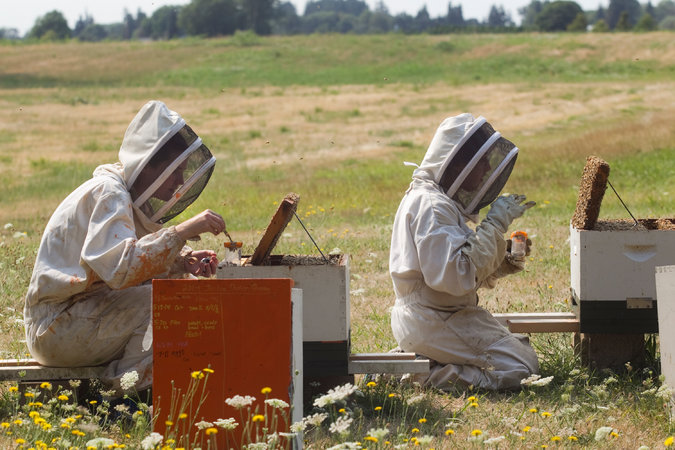 A prolonged and mysterious die-off of the nation’s honeybees, a trend worrisome both to beekeepers and to farmers who depend on the insects to pollinate their crops, apparently worsened last year.

In an annual survey released on Wednesday by the Bee Informed Partnership, a consortium of universities and research laboratories, about 5,000 beekeepers reported losing 42.1 percent of their colonies in the 12-month period that ended in April. That is well above the 34.2 percent loss reported for the same period in 2013 and 2014, and it is the second-highest loss recorded since year-round surveys began in 2010.

Most striking, however, was that honeybee deaths spiked last summer, exceeding winter deaths for the first time. Commercial beekeepers, some of whom rent their hives to farmers during pollination seasons, were hit especially hard, the survey’s authors stated.

“We expect the colonies to die during the winter, because that’s a stressful season,” said Dennis vanEngelsdorp, an assistant entomology professor at the University of Maryland who directs the survey for the bee partnership. “What’s totally shocking to me is that the losses in summer, which should be paradise for bees, exceeded the winter losses.”

Bees are not in danger of extinction, but their health is of major concern to agriculture, where honeybees’ pollination services are estimated to be worth $10 billion to $15 billion a year.

Nobody knows with certainty why honeybee deaths are rising. Beekeepers once expected to lose perhaps 10 percent of their bees in an average year. But deaths began to spike in the middle of the past decade, when a phenomenon in which bees deserted their hives and died en masse, later named colony collapse disorder, began sweeping hives worldwide. 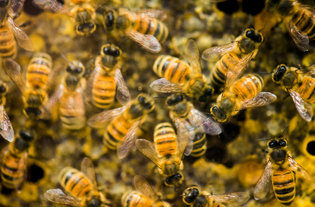 Those mass die-offs have abated somewhat in recent years, experts say, but colonies remain in poor health, and overall death rates remain much higher than in the past.

Dr. vanEngelsdorp said increasingly poor nutrition could be a factor in the rising summer death rate. Rising crop prices have led farmers to plow and plant millions of acres of land that was once home to wildflowers; since 2007, an Agriculture Department program that pays farmers to put sensitive and erosion-prone lands in a conservation reserve has lost an area roughly equal to half of Indiana, and budget cuts promise to shrink the program further. Dr. vanEngelsdrop and other scientists cite two other factors at work in the rising death rate: a deadly parasite, the varroa mite,and pesticides.

In recent years, some experts have focused on neonicotinoids, a class of pesticides used almost universally on some major crops in the United States. The European Commission has banned the use of three variants of the pesticide on flowering plants, citing risks to bees, and questioned whether they should be used at all.

The Environmental Protection Agency said last month that it was unlikely to approve any new uses of the pesticides until more tests on the risks to bees and other pollinators have been completed.

Neonicotinoid manufacturers say that the pesticides are much safer than others they have supplanted, and that in any case, they are safe when used according to instructions.

In a news release, an entomologist at one of the major neonicotinoid manufacturers, Bayer CropScience LP, called the survey results good news because wintertime bee deaths appeared to have stabilized at a lower rate than in the past. The entomologist, Richard Rogers of the company’s Bee Care Center in Research Triangle Park, N.C., said that scientists had yet to establish a normal range for summer bee deaths.

The annual survey released on Wednesday did not directly address the causes of honeybee deaths. But it said varroa mites were a much bigger problem among so-called backyard beekeepers, who keep fewer than 50 hives, than among commercial beekeepers, who are probably on higher alert for deadly infestations.

The survey’s authors called the spike in summer honeybee deaths troubling, noting that in the past, more bees have died during the winter months than in good weather.

The Bee Informed Partnership has collected data on summer bee deaths since 2006, and it expanded its survey to cover winter deaths in 2010. The surveys are financed largely by the Agriculture Department.